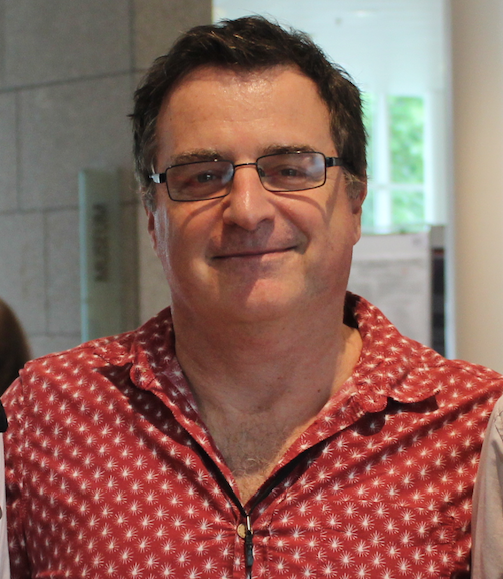 My main interests are in the systematics and taxonomy of insects in general, and flies (Diptera) in particular, with special interest in Australian flies.  I have always had a strong interest in teaching and outreach, and promoting the importance of the work that taxonomists do.  Way back in my career I worked with Kevin Thiele to develop the Lucid system of interactive keys.  My current work includes molecular phylogenetics of insects, flies and various families of flies including the Bombyliidae (bee flies), Therevidae (stiletto flies), Stratiomyidae (soldier flies), Fergusoninidae, Tachinidae (bristle flies) and Tabanidae (horse flies), all done in collaboration with PhD students and postdocs.  I also teach undergraduate entomology at the Australian National University.

Australia is an amazing place to be an invertebrate systematist.  With most of the fauna undocumented there are major discoveries to be made just outside every laboratory.  Because of the deep time history of Australia, and its preservation of habitats that have disappeared elsewhere on earth, very old lineages still find a home here.  In addition, due to the dramatic climatic changes in Australia through the last 60 million years, many groups have responded by radiating rapidly into new habitats. This combination of arks and cradles of diversification create compelling foci for taxonomic, systematic and evolutionary studies.

My research career has seen the advent of single gene molecular systematics, then through the dark days of multilocus molecular systematics using Sanger sequencing, and am now very pleased to have emerged into the light of high throughput sequencing (HTS).  Now various approaches can be used to assemble datasets that contain a very large portion of the genome through transcriptome sequencing and genome reduction techniques such as hybrid enrichment.  I am very excited about the promise of HTS for extracting large chunks of the genome from museum specimens, adding another important dimension to the value of biological collections.

Systematic entomology has an important role to platy in biosecurity within the broad scope of food security.  Because of its isolation, and strong biosecurity processes, Australia is free of many of the world's most devastating pests and diseases.  This has multiple benefits for our industries in terms of lower production costs, and access to premium markets overseas. In order for these benefits to continue, Australia needs to build and maintain capability in diagnosing the groups that pose a biosecurity threat.  We also need to be able to quickly distinguish the threats from the native fauna.  In many cases this is not trivial - Australia is home to large numbers of species that are very often challenging to distinguish from invasives.  This brings an important economic dimension to entomological systematics.

I have written a couple of pieces for the Conversation relevant to this blog site:

Why so many Australian species are yet to be named?

Australia: riding on the insects back

Hidden housemates: we live with a zoo of harmless mini-beasts

Insects are the great survivors in evolution

As a botanist (#iamabotanist) I have so many areas that interest me and which I work on. I believe that we should share our knowledge and expertise as a member of the community, and seek to do that in my Professional roles.

I currently have a position as the Professor of Plant Systematics at the University of Adelaide, School of Biological Sciences and am also the Chief Botanist for the State Herbarium of South Australia. The Herbarium and the South Australian Seed Conservation Centre, are the science team within the Botanic Gardens and State Herbarium within the Department of Environment, Water and Natural Resources. My research team investigate questions of taxonomic, systematic, evolutionary and population genetic processes, often working at the interface of these disciplines. I have a particular (some say peculiar) interest in seeing even the most fundamental of our science applied in decision making. I also have a love for many groups of plants, for example I have worked for more than 20 years on seagrasses, the peculiar submerged marine plants that are found around the world in shallow waters and which play an important role in coastal ecosystems. I have studied their evolution, ecology, management and general biology but also am reviewing their taxonomy and evolutionary systematics which these days we do with amazing genomic molecular genetic tools that allow us to get DNA sequences and compare regions of the genome from hundreds and thousands of loci to inform our questions, its an exciting time to be a molecular geneticist. 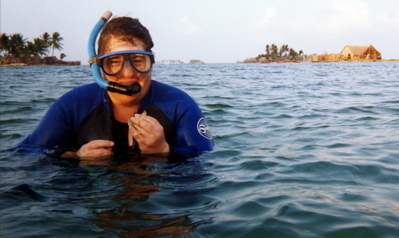 Collecting seagrass in San Blas Panama (some time ago... ;)

My group today continues to work on seagrasses but we also have research into many groups such as those I share with John Conran–Drosera and carnivorous plant evolution, many groups of monocots, tracking down just what the fossils are in new and old deposits and improving our understanding of the South Australian flora.

Since becoming the Head of the Herbarium in South Australia in 2011 I have seen great fluctuations in the interest and support that managers, decision makers and the community at large have in the work some in the field of biological systematics. Given it is such an exciting area–discovering new species, supporting decisions about conserving and managing the native species diversity of Australia, uncovering amazing features of our plants and animals and sharing these with the community and even revealing historical facts about our collections or our flora–we do not do a great job of getting other people excited by the fruits of our labour.

I view a commitment to improving the way we value biological systematics in the Science and Policy sectors as crucial to our future. 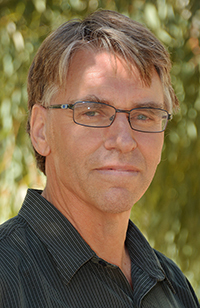 I'm a systematist and taxonomist, a past Director of the Western Australian Herbarium, past Chair of the Council of Heads of Australasian Herbaria, and currently an independent scientist trading under the name Eubio Consulting. After a PhD at Melbourne University, where I worked on an early cladistic analysis of Banksia, I took up a post-doctoral position under Judy West at the Australian National Herbarium, working on a Flora of Australia treatment of Rhamnaceae. My wife and I then eschewed gainful employ and took our small but growing family to a small, off-grid farmlet in a remote and utterly beautiful part of East Gippsland, where we lived and worked for 12 years growing vegetables, raising children, helping out at the local school, and continuing our research work into, amongst other things, the conservation of grassy box woodlands, the taxonomy of Viola, and development of the Lucid suite of software tools. Another major change of lifestyle, occasioned by the children reaching high school age, saw us move to Perth and, for me, the position leading the WA Herbarium for a decade. My current work includes teaching systematics and evolution at the University of Western Australia, the taxonomy of Hibbertia in Western Australia, building an identification key to all Australian flowering plants, and working towards the Decadal Plan for Biosystematics and Taxonomy in Australasia.